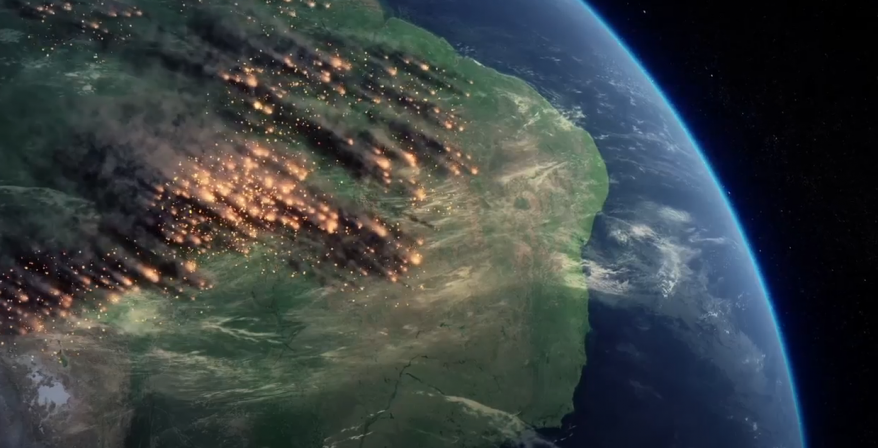 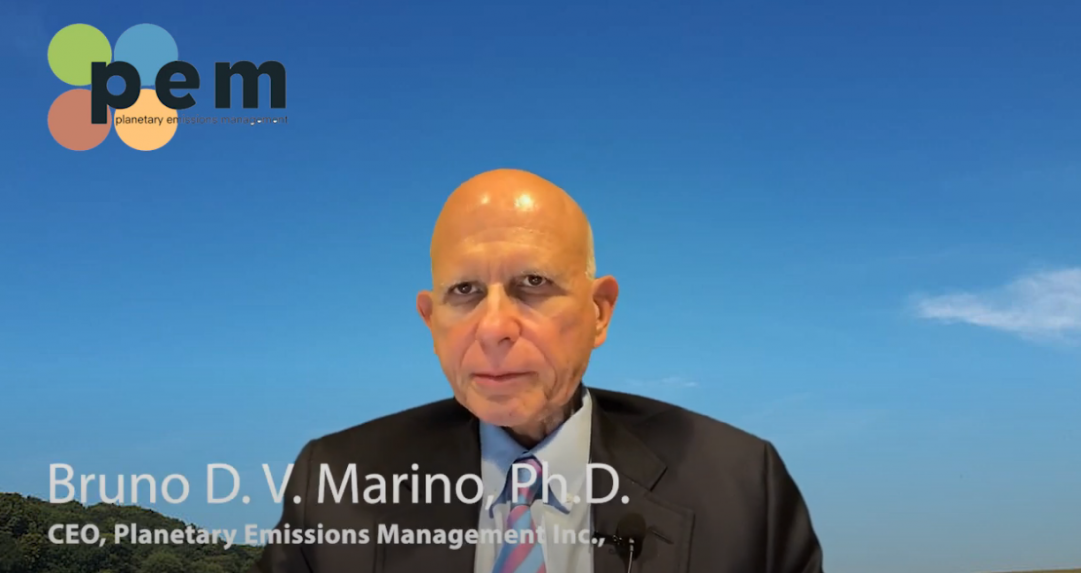 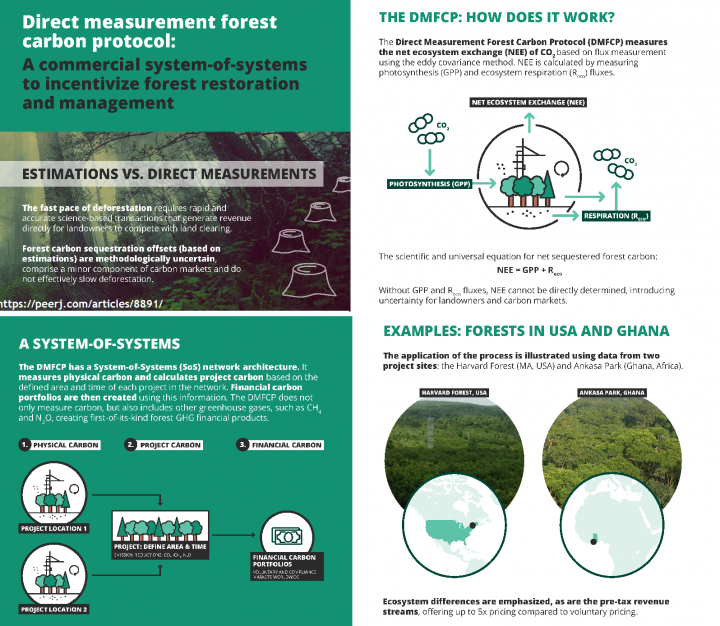 Estimation-based protocols cannot fully account for net forest carbon, calling into question the value of carbon credits and benefits to manage global warming, according to a study illustrating a direct measurement approach
CAMBRIDGE, Mass. - ColoradoDesk -- Planetary Emissions Management Inc. (PEM) today announces the publication of a study describing established universal scientific methods for forest carbon accounting, endorsing direct measurement of CO2 over estimation protocols for forest carbon credits. "The Direct Measurement Forest Carbon Protocol: A commercial system-of-systems to incentivize forest restoration and management," described in the journal PeerJ, illustrates how the problems of existing protocols, which are uncertain, expensive and biased against landowners, can be resolved with innovative use of existing technology.

"The upshot of the study is that it calls into question the validity of estimation-based commercial forest carbon credits worldwide, absent a full carbon accounting that can be verified by direct CO2 measurement—anything less accelerates deforestation and devalues forest ecosystems, biodiversity and Indigenous People," said Bruno D.V. Marino, CEO and lead author of the study. Existing forest carbon credits have been questioned by journalists, scientists and Indigenous Peoples, but improvements in the protocols have stalled. A video abstract is available here. An infographic is available here.

More on Colorado Desk
The problem is that existing protocols cannot fully account for net forest carbon, a metric of benefit to the atmosphere that balances carbon uptake by photosynthesis and carbon release by respiration. Limited measurements of forest biomass, exclusion of actual CO2 measurements and reliance on vegetation growth models are employed worldwide, including by the California Air Resources Board, the Climate Action Reserve, the American Carbon Registry, and the UN Reducing Emissions from Deforestation and Forest Degradation (UN-REDD+), despite the risk of invalidation by direct measurement, according to a recent study, also co-authored by PEM.

"We have lost our way in the forest, blinded by large-scale umbrella policies devoid of mandates for actual measurement of forest CO2 and truly independent verification of net CO2 reduction claims; scientific challenge to these protocols and policies appears to be the only way to lay bare the issues," remarked Marino.

Solutions to slow and stop deforestation are hiding in plain sight, including universally accepted forest carbon science and measurement methods, such as eddy covariance, deployed worldwide in over 600 locations, to determine net carbon sequestration, or net ecosystem exchange. However, established research methods have not been used for commercial applications as illustrated by the study.

More on Colorado Desk
About PEM: Planetary Emissions Management Inc. is an American research and development company focused on direct monitoring, measurement and verification of greenhouse gases to manage climate change now and for future generations.