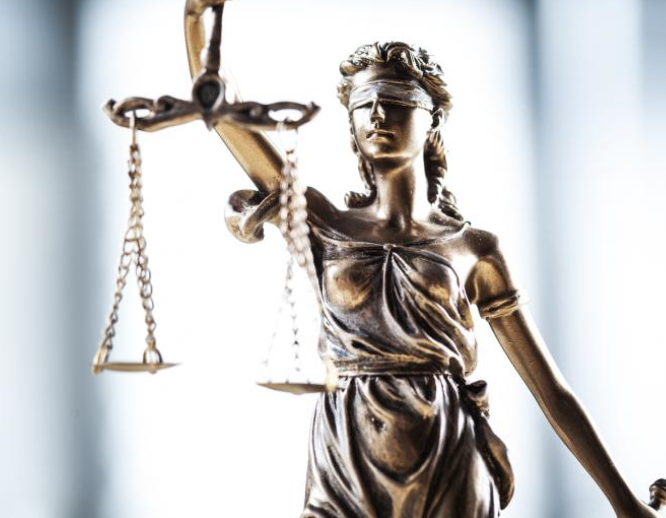 Today, a Prosecutor in America holds the ability to inflict permanent life altering damage on individual defendants, also affecting their families. A criminal allegation, charge is often combined with the use of exorbitant bail amounts, malicious charge stacking by Prosecutor and coercive threats, warning of long jail sentences if a defendant chooses a Trial by Jury.

More on Colorado Desk
Whether you're Black, Asian, Native American, White or any other ethnicity, virtually every American, as a defendant in the Criminal Justice System today is coerced to submit to a plea deal of guilty, often regardless of the true facts and evidence while Judges play along.

FBI data shows just 3% of all criminal cases are brought to trial by jury. So, about 97% of criminal charges end in plea deals of guilty; whereas the defendant is coerced into agreeing to a supposed reduced charge. In exchange for the plea deal, a defendant forfeits their US Constitution Sixth Amendment Right to trial by jury of peers, speedy trial within 6-8 months and loses the right to any appeals. Once on Probation or Parole defendants having lost all rights, less than 50% ever successfully complete the strict terms, and therefore end up in violation, typically going to jail to serve out the sentence anyway reports Bright Nova Media.

Annually, the Prison system in America costs taxpayers over $80 Billion, while police and court costs, bail bond fees, and prison phone fees generate another $100 billion in costs that are paid by mostly lower income defendants and families. According to the US Prison Policy Initiative, annually over 10.8 million Americans are arrested and 2.5 million people are sentenced to incarceration per year, with 550,000 of them—25% percent or more — held in pretrial detention without being convicted.

More on Colorado Desk
The economic impact studies show individuals being incarcerated also contributes to higher true US unemployment rates. Consequently, the U.S. economy loses nearly $65 Billion in output, lost productivity annually, according to a report by The Center for Economy and Policy. For ex-prisoners, it is very difficult to re-enter the workforce due to the increased use of background checks which often frustrate reintegration job efforts, contributing to the 67% recidivism rates 2 out of 3 people are rearrested within 3 years, according to FBI data (2020).

Over 46% of defendants are facing minor non violent charges that would not mandate further incarceration, but they lack the resources to make bail and secure their freedom. Some therefore feel compelled to take whatever plea deal the prosecutor offers, even if they are truthfully innocent.