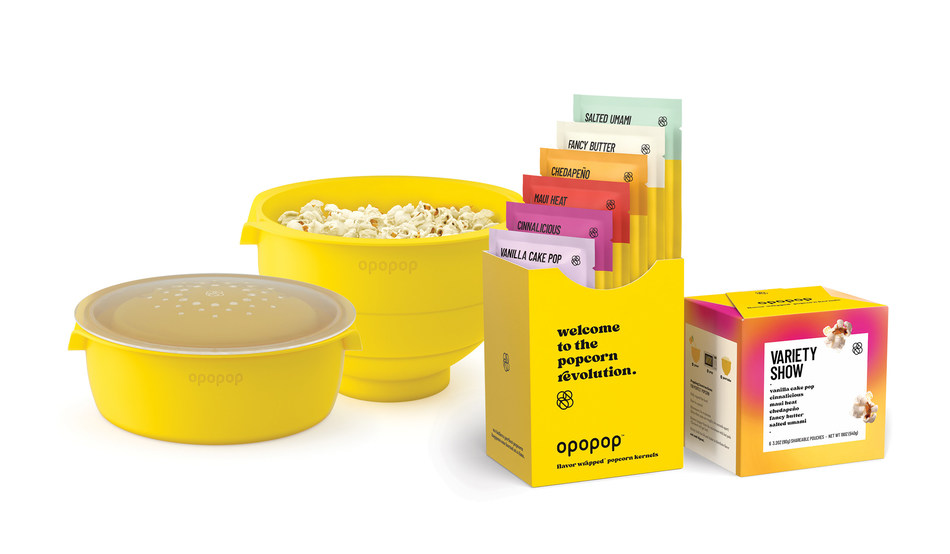 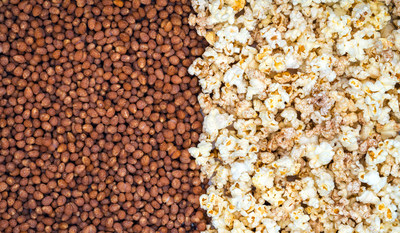 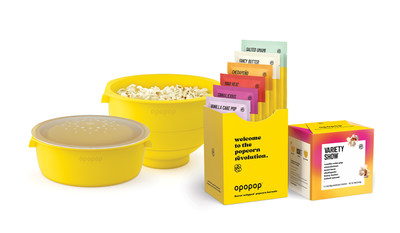 At the closing of Series A, Opopop is launching a microwave popcorn product line called Flavor Wrapped™ Popcorn Kernels. This is the first product of its kind and is the world's first pre-flavored popcorn kernels. The secret is that each kernel is individually wrapped in flavor prior to popping. This means that every kernel pops to flavorful perfection. Although the category grew over 13% in 2020, this launch represents the first major innovation in popcorn since the invention of the air popper in the late 70's.

Flavor Wrapped™ Popcorn Kernels come in six signature flavors including reimagined classics such as Fancy Butter, and uniquely created experiences like Salted Umami and Vanilla Cake Pop. Each one is a welcome change from the tired options currently available from most microwave popcorn.

More on Colorado Desk
"We live by one motto: if it doesn't taste amazing, then nothing else matters," said co-founder Bradley Roulier. "Flavor comes first in everything we do and we've spent endless hours making sure that everyone will fall in love with our popcorn at first bite."

"Brad and I knew that Opopop was a massively ambitious concept that would be impossible to execute without a world class team of operators and investors," said Jonas Tempel, co-founder and CEO of Opopop.

"When Jonas and Brad first pitched me on the idea of Opopop, I was excited to use my experience building brands like Lärabar and other General Mills products," said Opopop President Sarah McDowell. "The potential for Opopop feels bigger than anything that I've ever worked on and I'm really excited about it."

"When Brad and I started out, our vision was clear. We wanted to make popcorn fun and cool again," Jonas goes on to say. "In our opinion, everything in the popcorn market lacked innovation. We wanted to throw out the playbook and start over. Let's be honest, putting popcorn in a potato chip bag isn't exactly inspiring. Popcorn lovers have had to settle for less than the best popcorn for too long. And we're here to fix that once and for all."

Flavor Wrapped™ Popcorn Kernels will be available direct-to-consumer on June 7th, exclusively at opopop.com. The company will rapidly expand its portfolio over the next couple of years.

More on Colorado Desk
About the Founders

This isn't the first venture for Jonas and Brad, who were also co-founders of Beatport.com and Beta Nightclub. Beatport was founded in 2004 and sold to SFX in 2012 as a major transaction in the music industry. Beta Nightclub was named one of the Top 25 Best Dance Clubs of All Time. After Beatport, Jonas was founding CEO at Beats Music (Beats by Dre) where he led the early development of what ultimately became Apple Music.

Founded by a team of experienced entrepreneurs and popcorn lovers, Opopop is reinventing what it means to be a popcorn brand. Committed to delivering exceptional flavor through innovative new products, they are leading the global evolution of popcorn.

The Valor Siren Ventures (VSV) mission is to be the leading innovation engine and investor in early-stage food, food technology, and retail technology investing. Rooted in Valor's history of food and retail technology, Valor believes there is an opportunity to develop a new model for venture investing with VSV. Our team aspires to create value by generating differentiated investment opportunities, applying our intellectual capital, and accelerating the growth of portfolio companies through operations assistance in scaling.