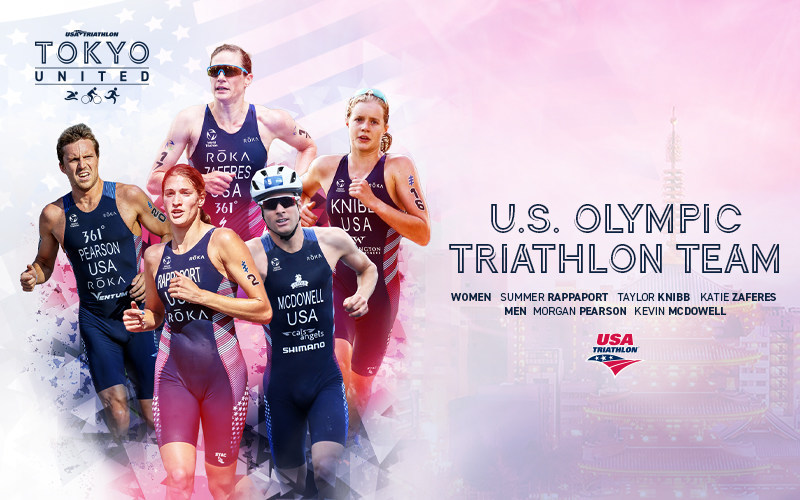 "Our athletes, like Olympic hopefuls across the world, had to put their dreams on hold when COVID-19 caused the postponement of the Tokyo Games to 2021. The perseverance they have shown during a time of so much uncertainty and change has been amazing to witness," said Rocky Harris, USA Triathlon CEO. "I believe we are going to witness the most unique and inspiring Games in history, and we encourage the entire multisport community to get behind our athletes and support Team USA before, during and after the Games."

More on Colorado Desk
USA Triathlon designated two Auto-Selection Events for the U.S. Olympic Triathlon Team, in which athletes could auto-qualify for Tokyo by meeting specific criteria. Rappaport became the first woman to punch her ticket with a fifth-place finish at the 2019 Tokyo ITU World Olympic Qualification Event. Knibb joined Rappaport on the women's roster by winning the 2021 World Triathlon Championship Series Yokohama on May 15, while Pearson claimed the first men's spot with a bronze in Yokohama.

Based on the World Triathlon Olympic Rankings as of June 14, the U.S. officially earned three spots for women and two spots for men. McDowell and Zaferes were selected for the final two discretionary spots via the USA Triathlon Games Athlete Selection Committee.

Taylor Knibb (Washington, D.C.)
Knibb, 23, is the youngest woman ever to qualify for the U.S. Olympic Triathlon Team. She is the 2016 and 2017 Junior World Champion and 2018 Under-23 World Champion, one of three women in history to capture world titles at both the Junior and U23 levels. She lives in Boulder and is coached by Ian O'Brien.

More on Colorado Desk
Katie Zaferes (Cary, N.C.)
Zaferes, 32, competed at the Olympic Games Rio 2016, finishing 18th. She placed fifth overall in the World Triathlon Championship Series in 2015, fourth in 2016, third in 2017, and second in 2018, before capturing her first world title in 2019. She lives in Cary, North Carolina, and is coached by Joel Filliol.

Kevin McDowell (Geneva, Ill.)
McDowell, 28, is a seven-time World Triathlon Cup medalist. At the 2010 Youth Olympic Games, he earned silver in the individual event and bronze in the Mixed Relay. He won gold at the 2014 FISU World University Triathlon Championships and silver at the 2015 Pan American Games. McDowell lives in Colorado Springs and is coached by Nate Wilson.

Morgan Pearson (Boulder, Colo.)
Pearson, 27, debuted as an elite triathlete in 2018. He is experiencing a breakout 2021 season, winning bronze in Yokohama on May 15 and silver in Leeds, England, on June 6, to become the first U.S. male ever to earn multiple World Triathlon Championship Series medals. Pearson trains in Boulder and is coached by Dean Golich.