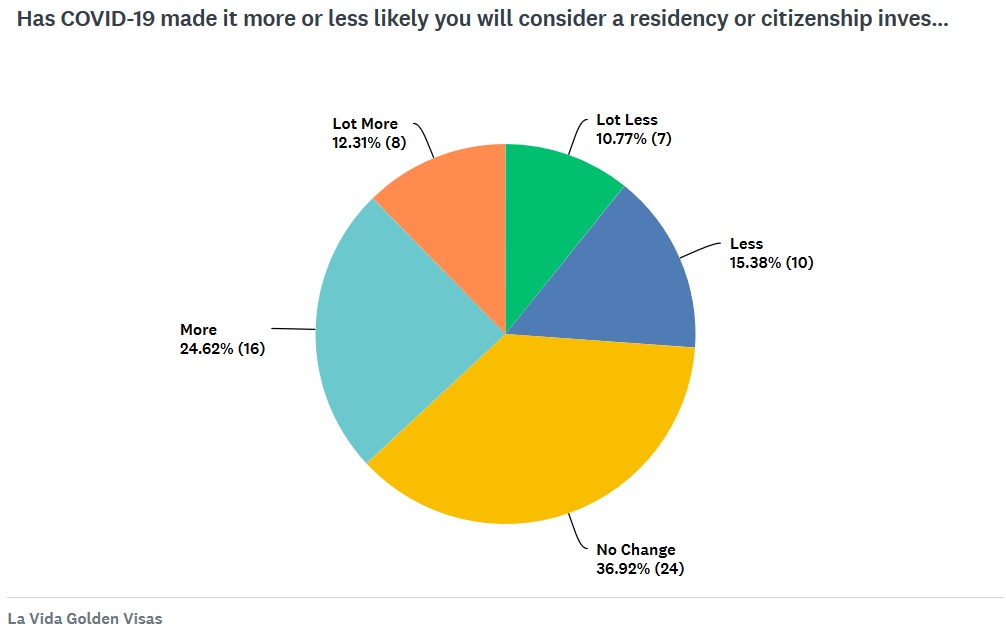 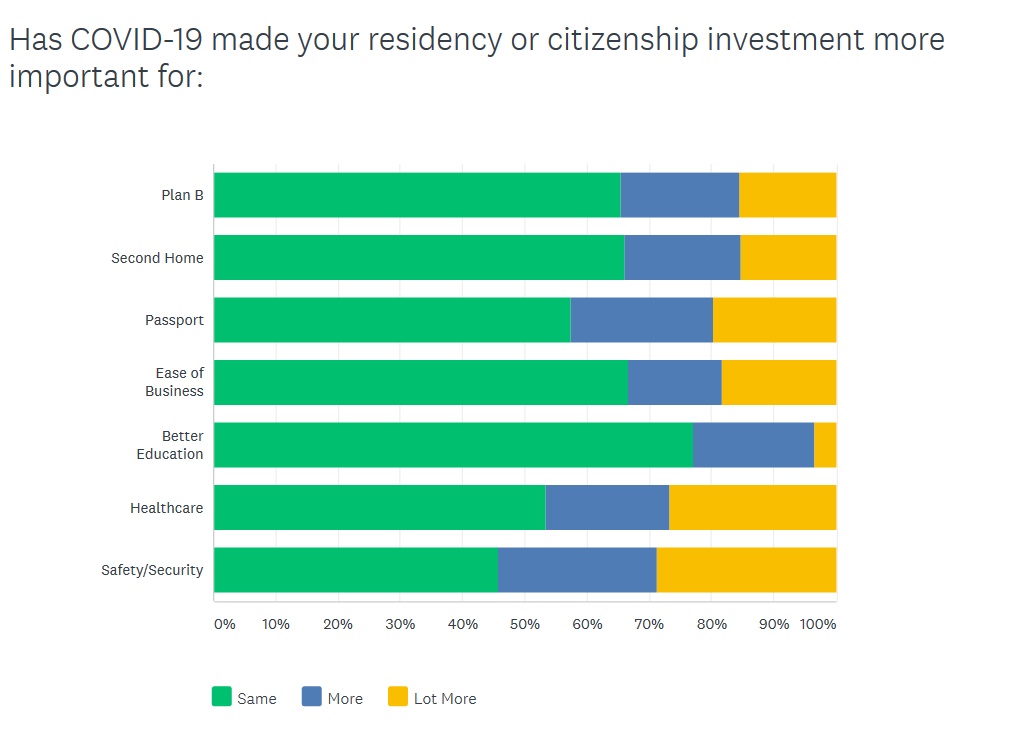 Survey suggests residency and citizenship by investment market will see a boost from Corona Virus concerns as investors look to Plan B.
LONDON - ColoradoDesk -- Demand for Golden Visas has increased because of the uncertainty caused by the Covid-19 pandemic according to a survey by leading investment migration consultancy La Vida.

La Vida invited over 30,000 investors who had registered interest in either residency or citizenship through investment to take part in the study. When asked if the Corona Virus had affected the likelihood of considering a programme 36.9% of respondents said this was now either "more likely" or a "lot more likely" with just 26.1% of respondents saying less likely. A positive margin of over 10% now more likely to invest. This was despite most respondents having been affected economically with 67.7%, saying it has had at least some reduction on their overall wealth.

More on Colorado Desk
More than half of respondents (54.2%) said that Safety and Security offered through a second residency or citizenship was now more important than before followed closely by Healthcare (46.7%) and the need for a Second Passport (42.6%) all now being more desirable than before the outbreak. Education and Ease of Business remain important choices. Over one third of respondents (35.1%) said that COVID-19 had affected their choice of program.

"The overall result from the survey is not too surprising" said La Vida CEO Paul Williams. "We have argued the benefits of a Plan B through investment in a Golden Visa in case of many adverse scenarios over the years for our clients."  La Vida has witnessed a number of spikes in demand with recent crises including the attempted coup in Turkey in 2016 and more recently the riots in Hong Kong in 2019. Often by the time they happen, such as with the Iranian sanctions, it is too late for potential applicants to act. "We certainly didn't envisage this scenario and I expect we probably won't envisage the next one" said Williams. "Citizenship and residency investment is a key component in diversification that we encourage our clients to undertake in case of unknowns."

More on Colorado Desk
La Vida has helped clients in over 80 countries around the world obtain second residency and citizenship through investment often in real estate in 18 key programmes from the USA and Europe through to the Caribbean. The benefits of such programmes are many including visa free access for travel, education opportunities for children, ease of international business and a second home. Popular programmes include Cyprus, Portugal, Grenada, Vanuatu and Antigua. Investment starts from around USD$140,000 for a single applicant and USD$180,000 for a family including costs.