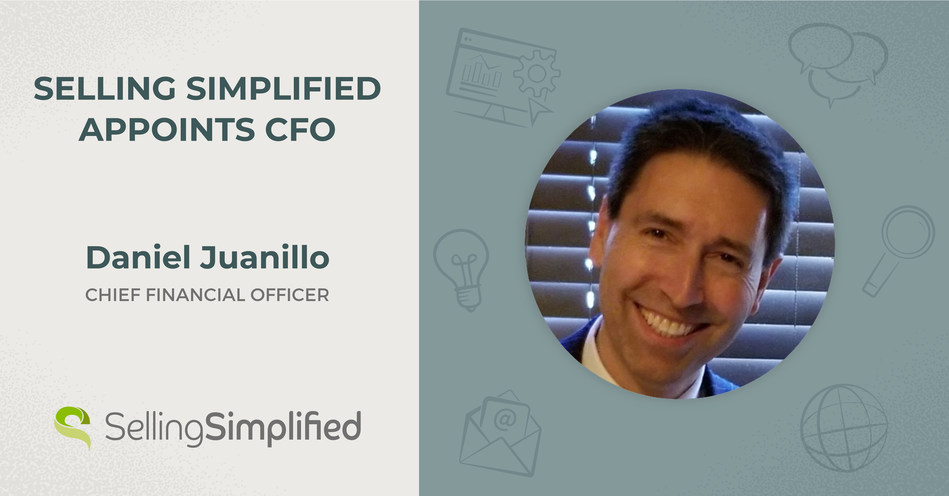 Juanillo brings more than 30 years of experience—many in senior financial roles—including Regional Accounting Director at Marconi Communications, Vice President and Controller at Horizon Banks, and CFO at Navajo Incorporated.  Juanillo also served as a Financial Management Consultant, working his way through a variety of financial certifications, including a Certification in Risk Management Assurance (CRMA) and as a Certified Financial Services Auditor (CFSA).

Most recently, Juanillo was instrumental in generating 35% revenue growth as CFO for a leading CPG manufacturer, where he executed a series of financial automation efforts, including the implementation of new reporting systems that saved two weeks in each reporting cycle.

"Dan's technical experience and business savvy make him perfect for the role at this time of company growth," said CEO and President Michael Whife. "We are thrilled to have someone of his caliber on the executive team, with his exceptional leadership skills and contagious optimistic attitude."

More on Colorado Desk
Over the course of his extensive career, Juanillo has served in various industries, including banking, telecommunications, government, and financial services. At Selling Simplified, he is focused on three long-term goals: streamlining operations, automating functions where possible, and improving efficiencies.

"It's a great time in SSG history because we're growing very quickly, and it's an exciting market," said Juanillo. He was drawn to the culture at SSG, stating that the company's global reach contributes to the depth of its people and the knowledge they share. "There is an emphasis on what's best for the people," he said.

Juanillo is most looking forward to improving efficiencies related to the 2021 year-end audit and to implementing a more robust financial system. "It's a breath of fresh air to be on the Selling Simplified team, where ideas are encouraged and welcomed," stated Juanillo. "I can't stop smiling every day I'm here."

Juanillo holds an MBA in Corporate Finance & Strategy from Pepperdine Graziadio Business School. He joins Selling Simplified after the company was named one of Inc. 5000's Fastest-Growing Private Companies in America for the fifth year in a row.